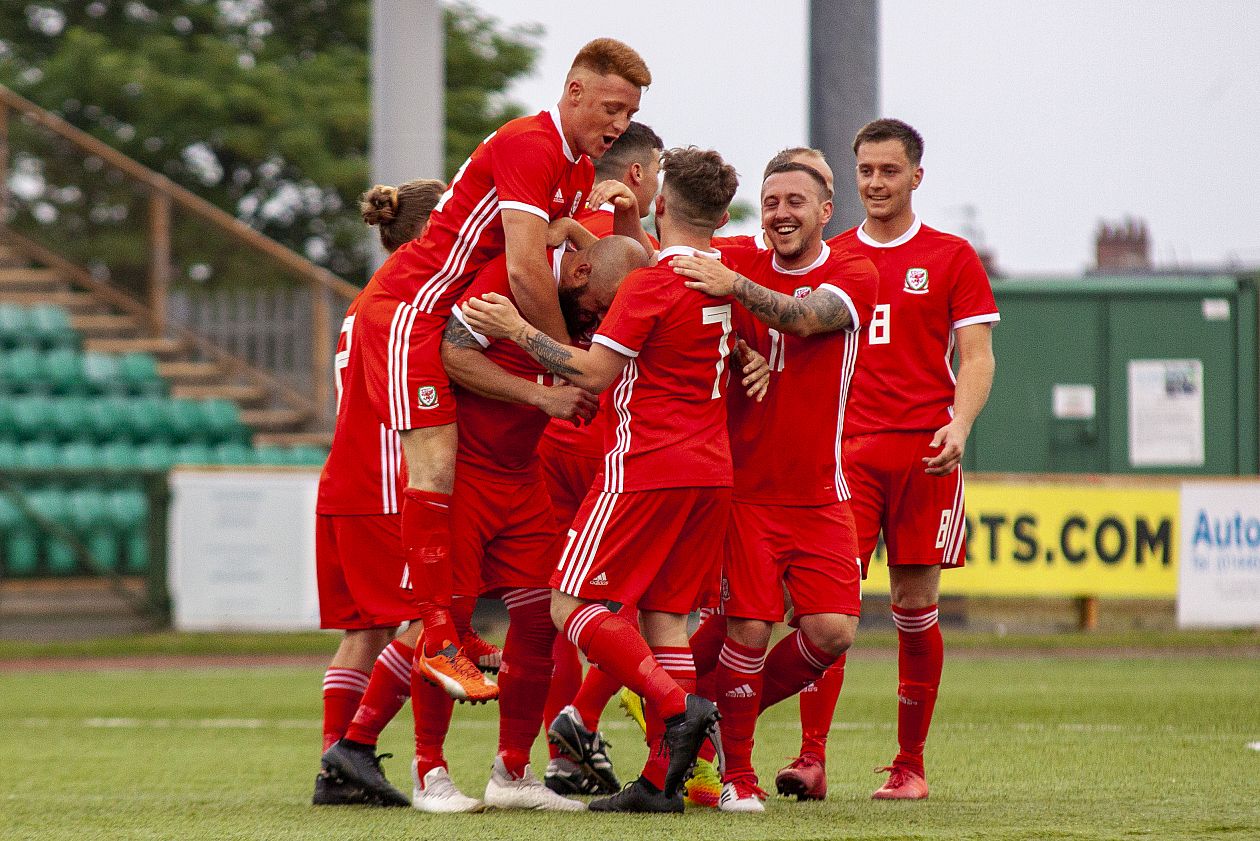 The association has now announced the format of play-off matches to decided promotion to the
South Wales Alliance Football League at the end of the 2019-20 season.
At present we have eighteen teams from eight different Leagues who have correctly submitted
applications and therefore a play-off competition will be required..
If more than three teams are successful in winning their League then a play-off competition will be
necessary.

The Play-Off Structure
If there are four qualifying teams, this will see the teams drawn into two fixtures, the winning team
in each fixture will be promoted, the two losing teams will play-off and the winner of that game will
also be promoted.
If there are six qualifying teams, teams will be drawn into three fixtures, the winning team in each
fixture will be promoted.
If there are eight qualifying teams, the teams will be drawn into four ties. The winning team in each
tie will advance in the competition, the losers will be eliminated. The four winning teams will then
adopt the process as outlined in paragraph 1, above.
Where there are five or seven qualifying teams, all teams will be ranked according to the following
criteria which includes, the highest average points per game won in that club’s league campaign, the
highest figure of goals scored divided by the number of games played, if its equal once again it will
apply to the highest amount of goals scored in that season. Finally, if still equal once more, teams
will be decided by the club’s discipline, the fewest number of players sent-off in league matches and
the fewest number of cautions issued to players within the league season.
The two lowest placed teams according to the criteria will then play a further match, the losing team
being eliminated and the format for four or six teams as outlined in paragraphs 1 & 2 above will be
employed.
Please note that all references to teams being promoted are subject to them meeting relevant
ground criteria by the stated dates and all matches will be played as single games, extra time and a
penalty competition being used to decide the winners as required. All matches will be played under
SWFA Cup competition rules.

Following discussions between the League and the South Wales FA, the League will undergo its’ biggest changes since formation from the start of the 2023/2024 season. The current set up of three divisions of sixteen Read more…

The shortage of referees in the Area (and throughout football generally) is now very severe. We need to encourage more people into refereeing and to this end, the South Wales FA is announcing a special offer to all those who wish to sign up for a full referees’ course. We will offer you the chance to have your course fees reimbursed over three or six months after you have completed the course and officiated in matches. The courses are available at https://becomearef.wales/ and if you take the £25 or £70 options, you will get fees refunded at three or six months once you have completed the specified number of matches in the terms and conditions. The offer is open immediately and the next final session course in the South Wales FA area is on Sunday 7 November at the USW Grounds in Treforest. TERMS OF OFFER The offer is to give refunds of course fees to anyone who enrols and completes either the full course (no kit or extras) for £25 or the full course with extras for £70. The offer is open to all who register for the course from 11 October 2021 and can be witrdrawn by the Association at any time. Refund levels Basic course (no kit) – full refund (£25) after three months once the candidate has completed six games on COMET (whichever occurs later) Full course – part refund (£35) after three months once the candidate has completed eight games on COMET, remainder refunded once the candidate has completed fifteen games on COMET or at six months, whichever is later. These games must all be completed within twelve months of the candidate completing the practical day. The candidate’s postal address must be within the South Wales FA area and all matches must be within SWFA affiliated competitions. Qualifying games must be competition matches and must be able to be verified on COMET – Sunday leagues and friendlies would not therefore be counted in this

Back in May, we wrote to all clubs and officials with an initial questionnaire about the SWFA and its activities. From that, we have constructed a second, more detailed questionnaire to help the Association frame Read more…

Any cookies that may not be particularly necessary for the website to function and is used specifically to collect user personal data via analytics, ads, other embedded contents are termed as non-necessary cookies. It is mandatory to procure user consent prior to running these cookies on your website.